How the OLPC have fallen 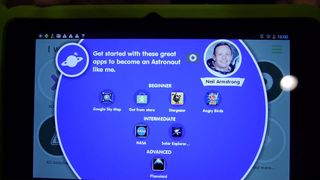 Two weeks ago, two cast-off XO-1s (the original One Laptop Per Child machines) were left on a desk at work. Since someone very close to me was about to have a fifth birthday, I snagged them and decided to set them up as a sort of extra birthday gift.

Once I saw an actual 5yo playing with this system, I was gobsmacked at how ideal they are for their intended purpose!  I am now hooked and sold completely (especially since the XO-1 didn't even have any blobs for hardware access!)

Unfortunately, they're rather old and flaky, and it seems the best thing to do is to grab a bunch of old XOs and cannibalize parts to make one nicely-running machine.  I contacted all my friends at MIT and laptop.org, but it seems that the organisation is in maintenance mode: they're making the new XO-4 Touch laptops and shipping them to deployments, but there's no way to get units or parts in small numbers to the US or UK.

There's a lot of confusion about the XO-4 Touch.  Even folks who used to work for the OLPC foundation said "Don't they sell the those in Walmart?" but it turns out that that's the "XO-Tablet" which is just an android device like any other.  I took this rather disappointing screenshot of it from a demo video.

It's quite a precipitous fall from a system that teaches 5yos how to edit pong games in situ to Yet Another Android Tablet that pretends that Neil Armstrong believes you can become an astronaut by playing Star Wars branded Angry Birds.  This is just...depressing.

Apparently the organisation is in maintenance mode.  They make plenty of new batteries, screens, and whole cases of XO-4s, but they only ship them to the actual Deployment sites.  This means that if you're thinking of fewer than 100, they have no way of getting anything to you from the supply chain.

So if anyone has any leftover give-one-get-one laptops, tech eval units, or knows a group of folks who are going together on a bulk order for the new XO-4s, I'd love to hear about it.

Huh, do you have any old XO-1s around?  Do you have a lead on getting actual XO-4s?  I ask because I want to be clear that this post was an anti-endorsement of the XO Tablet!

Sorry, I meant the endorsement of the XO-1.

Thank you, @spacehobo, for writing this. I had seen the "XO Tablet" in that big blue discount store, but lacked the funds to buy one. Now I won't bother.

However, if all that OLPC remains is a vendor of cheap, proprietary Android tablets wrapped in green silicone, then what motivation remains to continue to plug for it?

A very good question.  Fortunately, it seems that the folks at Sugar Labs are continuing to fight the good fight.