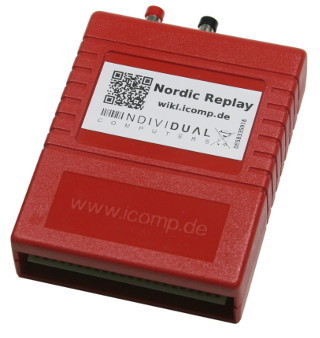 New in stock:
Nordic Replay for the Commodore 64

Nordic Replay is the successor to the Retro Replay cartridge. Originally redesigned as a DIY kit, it is now available as a fully-assembled and boxed product, ready to be used with C64 and C128 (in C64 mode) computers. Compared to its predecessor “Retro Replay”, the logic chip was slightly updated to also support the extra mapping mode of the “Atomic Power” and “Nordic Power” ROMs while maintaining compatibility with the popular “Action Replay” ROMs. However, the extended hardware of Nordic Replay with its extra RAM (32 KBytes) and extra Flash memory (2x 64 KBytes) is best utilized by the Retro Replay ROMs.